The Human Level of Artificial Intelligence

Why do we need to focus on developing our soft skills and things computers can't do?

The amount of technology in this world has been doubling every 12 months for the past 50 years, and we are on an exponential curve of growth.

Futurists predict that 2040 is the year when human intelligence will be overtaken by computer intelligence, which brings forth a tremendous amount of things to consider.

Ben Ross describes what the future may look like if humans have to contend against powerful computers. He mentions that we are still 20 years away from the point of human-level artificial intelligence (AI), so we still have the ability to “guide its pathway forward to ensure it’s a great outcome instead of bad.” One way we can do this is by creating guidelines and having them in place as we’re on the cusp of an AI revolution. Ben Ross discusses more of his ideas and thoughts in the video below:

Superintelligence is the point at which computers are smarter than humans and can perform better than us. The two main factors that cause this are advances in hardware and software. Collective intelligence can be used in order to string together computers into the overall computer network, which will eventually lead to superintelligence. This is going to happen faster than we expect because technology is doubling every 12 months.

Superintelligence poses an existential threat, which would be the first of its kind for humans to face. As Steven Hawking stated, superintelligence is “the last invention we’ll ever make and the last challenge we’ll ever face.” This is why creating guidelines moving forward is so important. We as humans possess the ability to adapt to change and be resilient when challenges come our way. We work well together with others and are able to think critically with each other. The rapidly growing amount of artificial intelligence in our lives will take away this ability to collaborate with others out of our lives. Computers are not going to be open to change, they are not resilient. They do not possess any leadership qualities or skills. The bottom line is that people embrace change better than computers do. 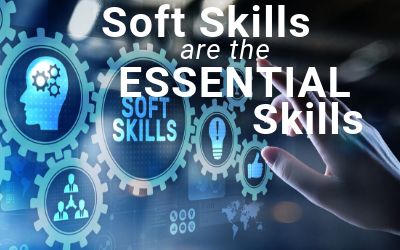 How to Prepare for the Human Level of Artificial Intelligence

To best prepare for this increasing amount of human level artificial intelligence is to create guidelines that start to develop a pathway forward to make sure that we reach a great outcome instead of a bad outcome. These guidelines include three laws of robotics developed by Isaac Asimov back in the 1940s. The first law is that a robot may not injure a human being or, through inaction, allow a human being to come to harm. There have been many instances in our past that have demonstrated the importance of having guidelines. Guidelines with the new DNA technology in the 70s allowed no genetic mutations or other negative consequences to occur. Guidelines are a good place to start when we are entering any new level of technology in our lives. Each and everyone one of us is creating and curating the fact base for superintelligence. We need to start to manage this, we can make sure that artificial intelligence does not become unmanageable.

Artificial intelligence is an extraordinary invention that will truly reshape our futures. However, there are many things that artificial intelligence is unable to do, which is why humans are still extremely important. While computers can be programmed to do amazing things extremely fast, they cannot think on their own. Computers cannot be creative without following rules, because they can't break new ground and be innovative. This essentially means they are not original because they cannot have a vision or purpose without being designed by a human to do so. AI can essentially provide facts or statistics, but there cannot be judgement based off of them. AI does not understand cause and effect, because that would require introspection at the core of cognition.

As we can see today, diversity and cultural intelligence are important because workplaces are becoming increasingly more open and diverse, and this will only continue on this positive slope of importance. The last two important points as to why humans will be evermore important in the future of AI are because of our ability to embrace change and have a growth mindset. This will allow humans to build upon other skills in order to reach a higher achievement. We should be able to try new things, tackle new challenges, learn from our mistakes, and continually try to learn new things.

Humans should not be afraid of artificial intelligence, because humans are amazing and are much more complex than any form of AI. Instead of fearing AI, we should develop our soft skills and harness our unique human capabilities that computers will never be able to accomplish.